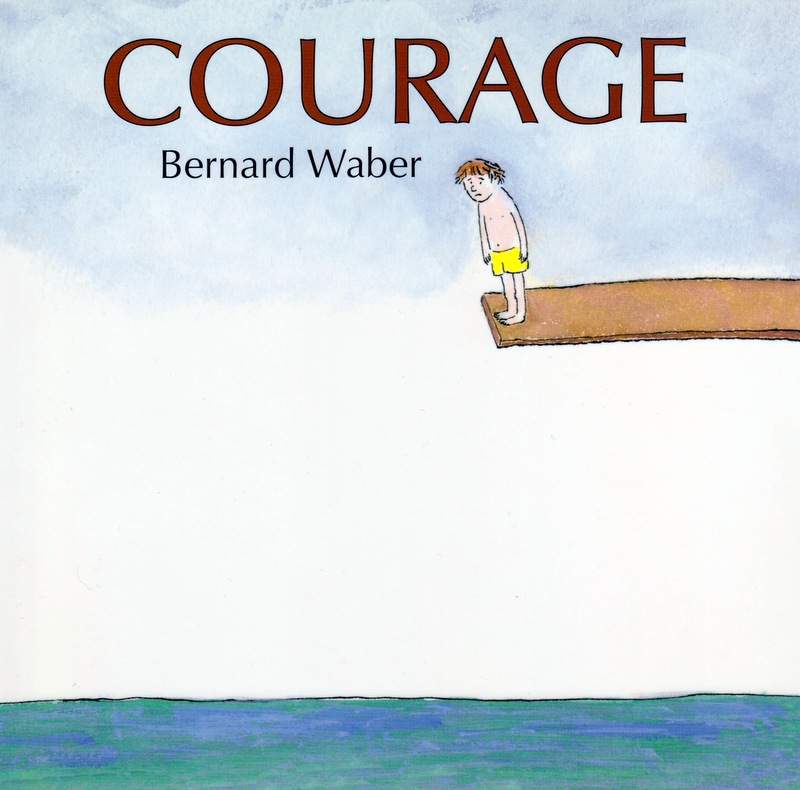 Bernard Waber (1921-2013) wrote and illustrated over thirty books for children and is best known for his series of books featuring Lyle the Crocodile. The first book to introduce the world to the lovable and talented crocodile was The House on East 88th Street (1962). It tells the story of the Primm family who has just moved into their new home when they discover Lyle living in their bathtub. In no time at all, the talented and helpful Lyle is a loved and cherished member of the family. Several more books featuring Lyle followed.

Waber’s straightforward and, often, humorous text coupled with his approachable and cheerful art results in entertaining stories with enormous appeal. Though his characters are rarely human, their troubles are familiar and are gratifyingly resolved in an encouraging manner.

Waber departs from his customary animal characters in Courage; his quivery-lined, active art depicts human children carrying out every day acts of courage. It’s easy to spot courage in a firefighter or a police office or an ordinary citizen performing a brave act, but sometimes very small endeavors also require boldness.

“There are many kinds of courage.”

In the following pages, Waber expounds on the many varieties of courage; some are awesome, like performing in a trapeze act or climbing a mountain—others are small, such as having two candy bars and saving one for tomorrow.

Courage is riding your bicycle for the first time, going to bed without a nightlight, jumping off the high dive, or getting a haircut. Courage can also be checking out the noises in the dark or keeping the secret you promised not to tell. Courage is telling the truth, exploring new places or holding onto your dream.

More a guide than a story, Courage offers parents an opportunity to teach their children an invaluable life lesson: experiencing fear is a universal trait and overcoming that fear, large or small, is an act of bravery. Furthermore, once we find that bravery within ourselves it can be shared with and fostered in those around us.

“Courage is what we give to each other.”

3 thoughts on “Book Review: Courage by Bernard Waber for ages 2-8”