Who is Melvin Bubble?

Nick Bruel is the creator of the enormously popular Bad Kitty series, which features a feisty and mischievous cat. His writing is funny and clever, his exaggerated characters have vast appeal and his art is brightly colored and engaging.

Who Is Melvin Bubble? opens with a letter from a boy named Jimmy, imploring the author to write a book about his best friend Melvin Bubble. What follows is both an excellent lesson in perspective and a well-crafted picture book.

The author asks several people the same question, who is Melvin Bubble? Each response generates a different perspective on this young boy, and gives a bit of insight on the responder as well. The caricature-like characters are vibrantly colored and their responses are encapsulated in giant word bubbles and coupled with visualizations.

Melvin Bubble’s dad calls Melvin a chip off the old block; his mom says he may be the messiest boy in the world.

His best friend says “Melvin’s the coolest kid I know! He can whistle “The Itsy-Bitsy Spider through his nose!”

Santa Claus has only good things to say about the boy who always makes his nice list, but the Tooth Fairy had an unfortunate experience having to do with the boy’s very large head.

Taking some hilarious turns and building comic momentum, the author also solicits responses from a big, ugly monster with three eyes, a beautiful princess and a magic rock (a wonderful homage to Sylvester and the Magic Pebble by William Steig). The rock turns out not to magic after all so the author turns to a talking zebra instead. The zebra’s response, a nod to the humor of Looney Tunes, is my favorite.

Finally, the author asks Melvin Bubble himself to describe who he is, and all the pieces fall neatly into place.

Through its layered perspectives, Who is Melvin Bubble? offers children an opportunity to recognize alternate points of view. It may also prompt them to think more about the concept of identity and how one person can be different things to many people. This hilarious and energetic picture book is sure to be a read-aloud favorite.

0 thoughts on “Picture Book Review: Who Is Melvin Bubble? by Nick Bruel for Ages 3-9” 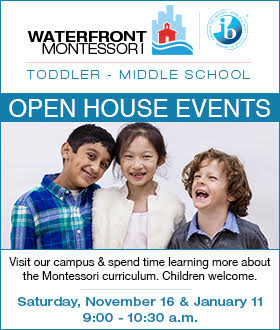