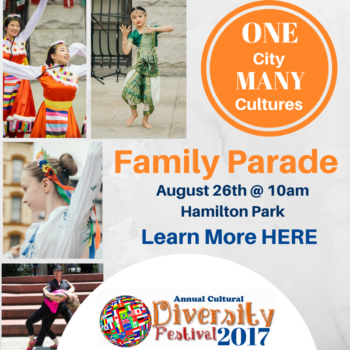 Jersey City is one of the most diverse cities in the USA. (according to the finance website WalletHub)

Calling our families and friends to represent their nationalities during our 4th Annual Diversity Cultural Festival by embracing their culture through a parade around Hamilton Park where the participants can dress according to their nationality.

At the end of the parade, each group will have the opportunity to properly place their flag* around the Hamilton Park gazebo. (* not mandatory)

Please fillup the  form to participate in the parade: